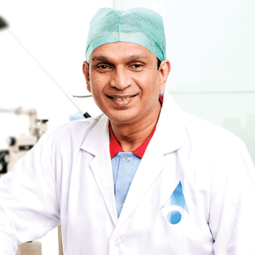 Amar Agarwal is a name that’s perennially at the top of the Top 100 Power Lists in The Ophthalmologist. Why? He’s a pioneer of microincisional cataract surgery: he was first to remove cataracts through a 0.7 mm tip; first to develop no-anesthesia cataract surgery; first to implant a glued IOL, and the first to implant a mirror telescopic IOL in AMD. He coined the term “aberropia” to describe uncompensated HOA profiles following refractive surgery and produced a modified Malyugin ring for miotic pupil cataract surgeries with posterior capsular defects. Most recently, he and Harminder Dua pioneered Pre-Descemet’s Endothelial Keratoplasty, which allows for the use of younger corneal donors than previous techniques, greatly increasing the donor tissue pool.

His passion is surgery: his surgical videos wow and amaze the audience – and have won numerous awards at the ASCRS, AAO and ESCRS film festivals. Amar also organizes the popular Ophthalmic Premier League sessions during AAO, IIRSI, AIOC, and WOC.

A League of His Own

The League of Extraordinary Ophthalmologists