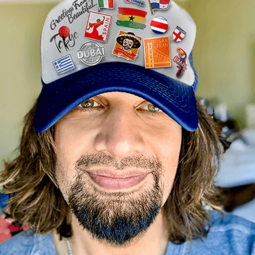 People aren’t joking when they refer to Ike as a “Rock Star of Ophthalmology.” If you’ve ever seen surgical videos of his cases – often some of the most complex in the world – you’ll know that he is one of the most sublimely gifted ophthalmic surgeons on the planet today. He’s developed many novel therapeutic approaches for glaucoma, cataract and lens implant surgery, and designed innovative microsurgical instruments, devices, implants and techniques for the management of the dislocated cataract, iris reconstruction, and even a diamond scalpel for use in glaucoma. He’s rightly acknowledged as “The Father of MIGS”; after all, he coined the term, and ushered in this new generation of surgical devices into glaucoma. He’s also an innovator in the bigger picture of eyecare; his cataract surgery triage system, e-CAPS, according to one nominator, “could very well remedy the cataract crisis in Ontario, and the entire country.”

His award list is long, and the highlights include the Binkhorst medal, the AGS Surgery Day Lecture, the UKISCRS Pearse Medal Lecture, and he was selected as one of Canada’s “Top 40 Under 40” – and this recognition pertained not to medicine, but Canadian society as a whole. He has won five film festival awards, six best papers of session, and a poster award at ASCRS, as well as an ESCRS first place video award and AAO “Best of Show” award. He has given over 750 scientific presentations to date, including 40 visiting professor’s lectures around the world.

Let’s give the final word to some of the many who nominated Ike for the Power List:

“I work for one of the largest strategics in Ophthalmology. When we do our KOL mapping amongst his own peers, Ike routinely scores head and shoulders above his peers. He truly is the consummate power player and influencer in ophthalmology and, I dare say, medicine.”

“He his kind, giving and humble (and funny!) and loves to teach!”

“To inspire and be inspired.”

What has helped you to achieve your accomplishments?

“I don’t think so far ahead into the future… Every day, I want to make a difference in some way to every person I come in contact with and beyond.”

A Brief History of Migs