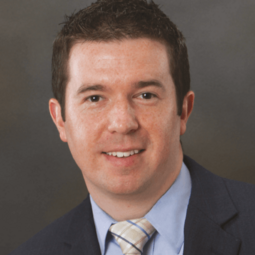 Haring has published many studies on ocular injuries and trauma, and his research was listed among JAMA Ophthalmology’s “most talked about in 2016.” He is actively involved in increasing awareness of ocular injuries and is frequently features in print, online and broadcast media discussing his research findings. He has also been involved in shaping injury prevention laws in the states of Maryland and Florida. Haring is fluent in Russian, was once a door-to-door salesman, and enjoys fishing in his spare time.

A nominator said: “Haring’s research has established him as a standout in the field of ocular trauma and injury epidemiology. Three of his papers in the past 6 months have been among the ‘most talked about’ studies in ophthalmology. Despite his young age and status as an early-career researcher, his work has been featured twice in the New York Times, as well as the Today show, CNN, BBC, and dozens of television, radio, and internet outlets across the country and the world. His work aims to reduce the incidence of critical eye injuries through correct understanding, awareness, and evidence-based prevention mechanisms, and he continues to work with media and government partners in getting these messages to key stakeholders, patients, and parents.”