Fighting the System from Within

Selwa Al-Hazzaa is one of the most influential women in the Arab world. Despite challenges, she has achieved international success, professionally, medically, academically and politically, and is now empowering other women to reach similar heights. This is her story.

When I was a first-year resident, I won the SOS ‘Best Research Award’. The opening ceremony was to be held in Jeddah, a city far from Riyadh, where I lived at the time. I was invited to receive my certificate with recognition. I remember sitting in the elegant conference hall, waiting for my name to be called per the ceremony announcement card – but it never was. At the intermission, I asked the person in charge what happened, why was my award not announced? I was informed the agenda had been made before they realized the recipient was a woman. Rather than presenting the recognition and award during the opening ceremony with all the officials, they would present it in the scientific meeting the following day instead. I asked why. He said: “There are cameras and we don’t think it’s appropriate for a woman to be broadcasted on stage.” I asked to speak to whoever was next in charge, and he pointed me to the head of the Ophthalmic Society, a royal. I introduced myself and explained that I had come all the way from Riyadh per the society’s invitation to receive recognition during opening ceremony. I had a family member with me who would be reporting to my parents, parents who had paved the way for me be there. I said I deserved to get my award. He asked what he was supposed to do with the TV broadcasting. I replied: “There is no need for my part to be televised.” So it wasn’t. I got on stage and collected my award. There were no lights, no cameras, no photos – no one would even shake my hand. 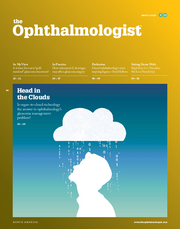