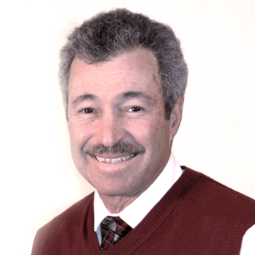 Professor of Ophthalmology at the University of Cincinnati College of Medicine; Medical Director Emeritus of the Cincinnati Eye Institute, Cincinnati, OH, USA

After completing his Residency at the Bascom Palmer Eye Institute and three Fellowships there and at the Wills Eye Hospital, Robert limited his practice to referral cataract and implant surgery in 1980. He has designed many of the IOLs, instruments, and new surgical technology in this subspecialty. Many of these have been captured in video and his surgical videos have won over 25 first-prize honors at congresses across the world, including 3 Grand Prizes at ASCRS and ESCRS. A globe-trotting lecturer (who racks up over 100,000 miles a year traveling to teach), he has delivered over 100 international Named and Keynote lectures. He introduced the Video Symposium format in 1982 which changed the way surgeons learned how to manage challenging cases and complications, which still attracts standing room crowds at AAO, ASCRS, and ESCRS. He also started the very first video journal in medicine, the Video Journal of Cataract and Refractive Surgery which he has edited for 35 years. More recently, he started his own unique meeting, “Cataract Surgery: Telling It Like It Is!” which attracted just under 1,000 cataract surgeons and exhibitors in its eighth year in Florida.

In 2009, Robert received the Innovator’s Award from ASCRS for being the first surgeon to perform refractive cataract surgery when he combined astigmatic keratotomy with phaco to reduce pre-existing astigmatism (nearly 4 decades ago). He was the first to perform hyperopic clear lensectomy and led the way in highlighting the importance of spectacle-free vision following cataract surgery. He shocked attendees at the AAO annual congress in 1983 by presenting a case where he implanted the first posterior chamber IOL into the torn capsular bag when the standard of care at the time was to use a backup anterior chamber IOL. In 1985, he modified the fixed parameter phaco machines to allow surgeon-controlled phaco, irrigation and aspiration, and vacuum, which led to “slow-motion phaco”, allowing him to challenge Kelman’s stated contraindications to phaco, which included small pupils, mature cataracts and loose cataracts.

In 2007, he published in the JCRS the first work on microcoaxial phaco – which remains the standard of care in the USA to this day. In the interim, Robert introduced releasable sutures, peripupillary membranectomy, the Lasso and Gape suturing techniques, designed the original diamond knives and split drapes, showed reopening the capsular bag, viscomydriasis, tissue plasminogen activator in the anterior segment, and developed fingerprinting for guidance in aligning toric lenses.

He and his Fellow, Robert Cionni, were the first ophthalmologists to bring capsular tension rings to North America, and he published the initial case series on prosthetic iris devices with colleagues Michael Snyder, Robert Cionni and Scott Burk. He has brought Healon 5, Trypan Blue, the black IOL, the Malyugin ring, and the small aperture IOL into the United States. He has received the Innovator’s Award and the Binkhorst Award from ASCRS, as well as the Kelman Award and Lifetime Achievement Award from AAO. Finally, he has also won more prizes in the Film Festivals than any other producer.

April Issue of The Ophthalmologist