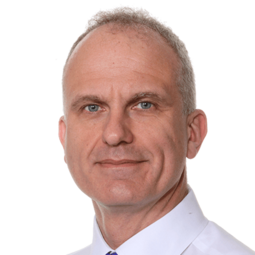 Professor of Ophthalmology at the University of Oxford, UK

The focus of MacLaren’s research is to develop gene therapy and other surgical technologies relevant to retinal diseases. In 2014 he co-founded Nightstar, a University of Oxford spin-out company established to develop gene therapy for choroideremia and which is now leading the Phase III trial involving 7 countries across the EU and North America, making it the largest gene therapy clinical trial for any disease to date. He is also listed as an inventor on several patents for gene therapy, including a codon-optimization algorithm that overcame the inherent instability of the RPGR gene, which is the major cause of X-linked retinitis pigmentosa. In 2017 he led the first treatment of the disease with another landmark gene therapy trial in Oxford. He has also led pioneering clinical trials, collaborating on robotic surgery with Preceyes BV and the electronic retina with Retina Implant AG.

What have been your career highlights?

“Leading the first gene therapy clinical trial for X-linked RP because we had solved the problem of the RPGR gene instability in our lab, making it a very personal achievement.”

“Once we have regulatory approval for our gene therapy programs for recessive diseases, we will need to look at other technologies for dominant diseases and we have exciting CRISPR projects in the pipeline.”

What has been your most successful collaboration?

“Nightstar Therapeutics Inc (for gene therapy), Preceyes BV (for robotic eye surgery) and Retina Implant AG (for the electronic retinal implant). The people working in these companies are highly motivated professionals committed to developing new technologies for retinal diseases. This synergy has resulted in many good personal friendships between us and members of my own research team.”

“Many people are dependent on what I do and every positive outcome I get provides great motivation for the next challenge.”

Who have been your mentors?

“Bill Aylward taught me a lot about vitreoretinal surgery and I still try to follow his minimalist logical approach. Tony Moore inspired me in genetics because he always sought to unravel the molecular mechanisms of genetic diseases.”