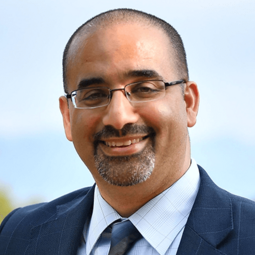 Malik is a phenomenal innovator: of his 60 patents filed, 25 have already been licensed by some of the biggest companies in ophthalmology – and four of his devices are either commercially available or in human trials, including the Kahook Dual Blade (New World Medical), Alcon’s Harmoni intraocular lens. He’s received multiple “Inventor of the Year” awards, as well as the AAO’s Achievement (2011), Senior Achievement (2017), and Secretariat (2014) awards, and the Ludwig Von Smallman Clinician-Scientist award from ARVO in 2013. Malik is also a consultant to the FDA’s Ophthalmic Device Division. He’s also authored over 300 peer-reviewed manuscripts, abstracts, and book chapters, and is editor of Essentials of Glaucoma Surgery, MIGS: Advances in Glaucoma Surgery and the seminal textbook of glaucoma Chandler and Grant’s Glaucoma.