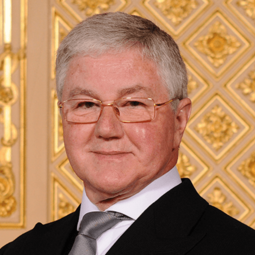 John Marshall invented and patented the excimer laser, and today more than 35 million laser vision correction procedures have been performed worldwide. He created the world’s first diode laser for treating the eye problems of diabetes, glaucoma and aging. Over the past 40 years he has held posts chairing the medical advisory boards of many international companies, held (and continues to hold) many academic positions across a great number of top academic institutions, been the Editor and co-Editor of many international journals, and has worked on many national and international committees concerned with protecting the public against the possible damaging effects of lasers and other artificial light sources – perhaps most notably, addressing the United Nations to obtain a Geneva Convention banning the use of anti-personnel laser weapons.

The Hubble Telescope of the Eye