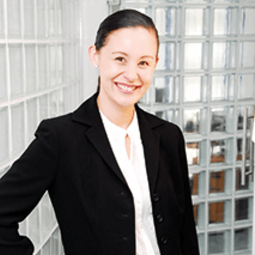 Hafezi is Managing Director and Chief Executive Officer of GroupAdvance – a fundraising and business development service provider – and EMAGine – developer and manufacturer of ophthalmic medical products. She is also in charge of business strategy and development at a new eye hospital and research center in Zurich, the ELZA institute. “Currently, my career focus is to help translate research on CXL technology to treat infectious keratitis into clinical applications,” she says. She predicts that PACK-CXL will create a paradigm shift in treating eye infection, especially in developing countries, and she’s hoping to lead a team to translate the technology to clinical application for treating infections beyond ophthalmology. Her advice for getting ahead? “Diversify your skill set. Identify and strengthen your talents. Pursue your interests. No one wants “just” a clinician.”

A nominator said: “I have experienced Hafezi’s influential way of doing business with researchers, clinicians and industry alike. With her deep understanding of intellectual property and industry relations, Nikki Hafezi is an asset to her company since these aspects are usually confusing to most clinicians and scientists.”