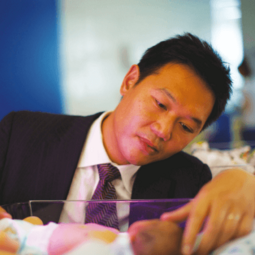 Chien is among a handful of doctors in the world with a specialist practice in pediatric vitreoretinal surgery and retinovascular diseases, in addition to his adult vitreoretinal work. He treats and supports patients and their families with complex pediatric retinal disorders at Great Ormond Street Hospital for Children (GOSH), Moorfields Eye Hospital and the Royal Free Hospital. He is one of  very few surgeons in the world with expertise in using endoscopic vitreoretinal surgery across a spectrum of adult and pediatric diseases, but particularly in acute retinopathy of prematurity (ROP) retinal detachment. He is a member of a multidisciplinary pediatric vitreoretinal surgical team from GOSH, Moorfields Eye Hospital and the Oxford Eye Hospital offering a comprehensive specialist service to children and their families. Chien is head of ROP surgery at GOSH, the de facto UK national surgical centre, leading complex retinal detachment surgery in premature babies.

His mentors have described him as a gifted and outstanding surgeon whose promise was evident as a Moorfields resident, when he was the best performing trainee in a surgical motion-tracking study published in Ophthalmology.

Since early 2014, he has worked closely with the Armenian EyeCare Project to train two leading Armenian surgeons to treat babies and young children with blinding retinal disease (including ROP) at the AECP national surgical center in Yerevan, including mentoring via live telesurgery, in a partnership between GOSH and Children’s Hospital Los Angeles.

He has recently caught the ski bug with his two beautiful young boys. 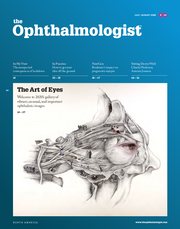