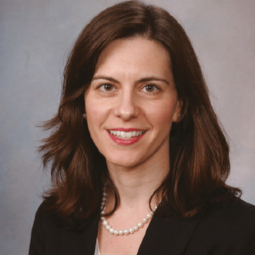 Bakri considers her work in describing the pharmacokinetics of intravitreal therapies as one of her biggest achievements so far, and has hopes that her current work on new pharmacotherapies for retinal vascular diseases, such as AMD and diabetic retinopathy, will result in more convenient and effective ways to treat patients.

Bakri has published more than 150 peer-reviewed papers and 20 book chapters on ophthalmology.  She is a principal investigator on several multicenter clinical trials on novel drugs for retinal disease. She is editor-in-chief of the book “Mayo Clinic on Vision and Eye Health,” and serves on the editorial boards of the American Journal of Ophthalmology; Retina; Seminars in Ophthalmology; and OSLI Retina. She has served the Macula Society as a meeting planning chair and an executive committee member, and is on the Retina Society’s nominating committee. She has also served as co-director of the Vision 2020 Initiative, and is a board member and on the program committee of the American Society of Retinal Specialists.
She has received several awards, including being a member of The Ophthalmologist Top 40 under 40 Power List in 2015, an Achievement Award from the AAO, an honor award from the ASRS and inclusion among Becker’s 135 Leading Ophthalmologists in America list.