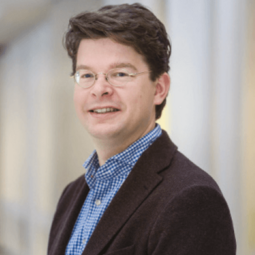 As well as having active research interests, Boon was appointed as Professor of Clinical Ophthalmogenetics at the University of Amsterdam in November 2016 – at only 37 years of age. Boon is a fellow of the European Board of Ophthalmology, a board member of the Medical Retina working group of the Dutch ophthalmology society, NOG, co-founder and board member of the European Young Retinal Specialists Society and founder of the international CHASE Consortium for clinical and genetic research on central serous chorioretinopathy. Boon is also the initiator and principal researcher of multiple treatment trials for diseases of the retina.

One nominator said: “After doing a PhD on identifying the genetic basis of retinal diseases, and training as an ophthalmologist, Camiel Boon did a fellowship in genetics and retina in Oxford. He then became a faculty member in Leiden age 34 years, studying the genetics of serous chorioretinopathy. Within three years, he set up his retinal surgery clinic, clinical trials, and a research group with five PhD students. At 37 years of age, he was made a full professor at the University of Amsterdam, running the Delleman genetics archive. He is involved in ARVO and founder of a trans-European young ophthalmologists group. He is amazing!”