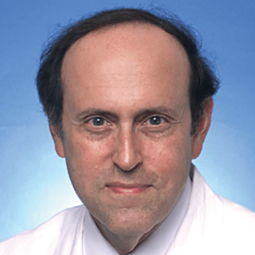 Chief of the Laboratory of Immunology at the National Eye Institute, National Institutes of Health, Bethesda, Maryland

Robert Nussenblatt is a leading ocular immunologist, and established a section on ocular immunology that later became the NEI Laboratory of Immunology. Nussenblatt has directed the clinical fellowship program for ophthalmologists for over 20 years, and he has served as clinical director and scientific director for the NEI. His primary research interests are uveitis and the role of inflammation in AMD, but he also investigates new therapeutic approaches to treating human ocular disease, including the use of natural products, and also the role epigenetics plays in the development (or not) of disease. He is the author of a standard text on uveitis, an Editor of multiple ophthalmology publications, and holds several patents on ophthalmological procedures.